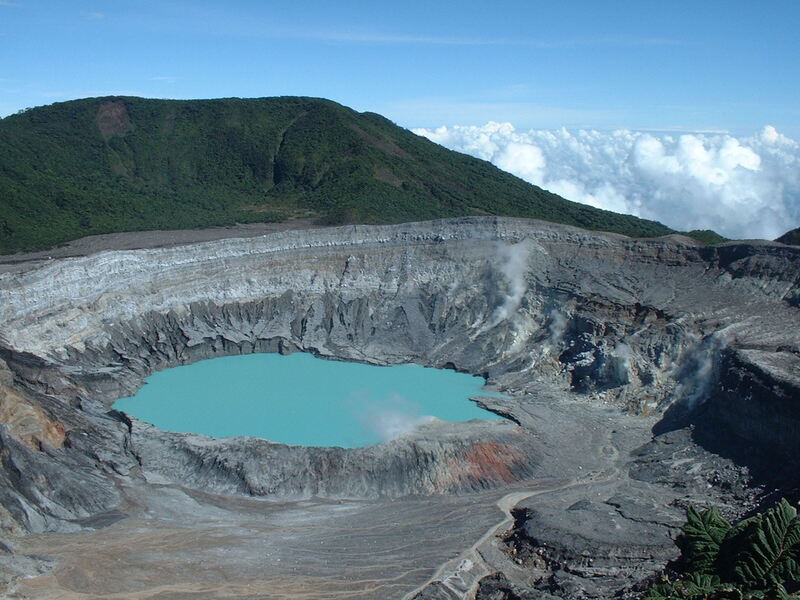 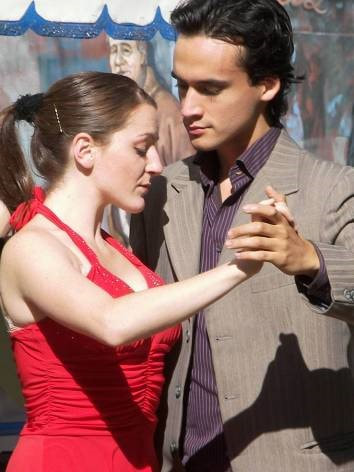 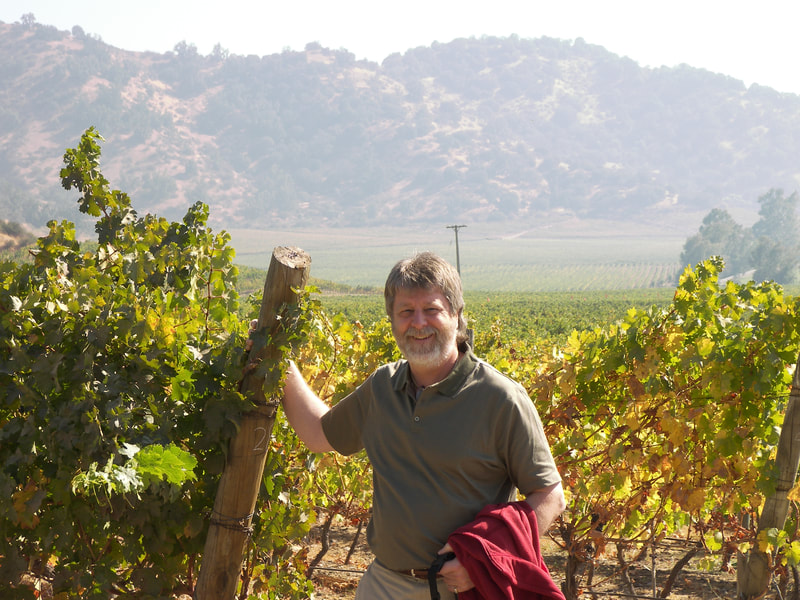 Central and South America provide outstanding journeys for North Americans.  South America is relatively sparsely populated with enormous wilderness areas.  In about the time it takes to fly to Europe you can be among sophisticated urban culture, superlative gastronomy, exceptional wines, awesome scenery, UNESCO World Heritage sites -- and all without jetlag and where your dollar goes much further.
Costa Rica is our top choice in Central America although Panama, Guatemala and Belize also have their merits.  Costa Rica is about the size of West Virginia and 28% of the country is protected by national parks, reserves and wildlife refuges.  It's the second oldest democracy in the Americas and has the highest literacy in Latin America.  With a solid infrastructure, excellent choice of accommodations, volcanic crater lakes, hot springs, and inviting beaches tucked into rainforests abundant with wildlife this destination is ideal for families, active travellers and honeymoons.  A very safe country, the Tico greeting is "Pura Vida" (Pure Life).
My first trip to Ecuador wasn't long enough - three weeks divided among Quito, the Avenue of the Volcanoes, Amazon rainforest and the Galapagos Islands.  Ecuador has so much to offer.  Straddle the Equator, roam colonial Quito, peruse native markets, wander amidst towering volcanos, be charmed by Cuenca the birthplace of the "Panama Hat", travel deep into the Amazon to a jungle lodge, and be awed by Darwin's Garden of Eden the Galapagos Islands.  For horticulture enthusiasts, Ecuador has over 4,000 species of orchids and is the leading producer of premium roses.  If you have more time, the Galapagos can be combined with Peru. 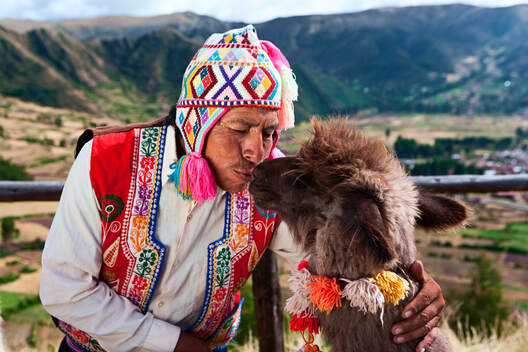 Peru is the darling of South America.  The Inca fortresses in the Sacred Valley were considered the most significant archeological structures in South America long before Machu Picchu was "discovered" in 1911.  Although Machu Picchu is Peru's major draw it is just a day or two in a country with many superlatives.  Lima with it's fine museums and archeological remains of the oldest city in the Americas (circa 200 AD) has become the culinary capitol of South America with two restaurants rated among the Top Ten in the world.  Cuzco is ranked the #1 city for tourism in South America.  Lake Titicaca is the highest navigable lake in the world.  Colca Canyon is the second deepest in the world.  The Nazca Lines are just one of Peru's twelve UNESCO Heritage sites.  The Amazon rainforest covers 60% of the country and can be explored on a river cruise or stay at a jungle lodge.
Chile is perhaps the most diverse country in the South America.  With a length of over 2,650 miles (average width of only 110 miles), if it were superimposed on North America, it would extend from the Baja Peninsula to Alaska.  Correspondingly, it mimics those geographic and climatic features.  Northern Chile's Atacama Desert is one of the driest places on earth with stunning landscapes and dark sky home to the ALMA telescopes and APEX observatory.  Central Chile (think California to Washington) supports agriculture and ranching with an emphasis on fruit production.  Chile's vineyards produce world class wines.  The capitol Santiago sits in the heart of the winelands nestled against the Andes with nearby ski resorts.  Further south lies Patagonia with its famous Lake District which can be crossed into Argentina.  Further south gives rise to jagged coastlines, fjords, glaciers and the scenic mountains of Torre del Paine National Park leading down to the very tip of the continent, home to penguin and sea lion colonies.

Argentina brings to mind the romance of gauchos and tango.  Cosmopolitan Buenos Aires is know as the "Paris of South America" with it's classic architecture, wide boulevards, monuments and culinary excellence with exceptional beef and wines.  Although with a strong Italian influence an olive oil tasting is as common as a wine tasting.  Spoking out from Buenos Aires you can travel into the pampas to experience the gaucho life or for polo.  Travel north to Iguassu Falls, the world's largest waterfall, on the border with Brazil.  Travel northwest to Salta into Argentina's premier wine region.  Or make your way to the resort city of Bariloche, the gateway to northern Patagonia's Lake District -- perhaps continue to cross the lakes into Chile or stay to ski in winter.  South America's largest glaciers are found in southern Patagonia and the southern most city, Ushuaia, is the departure port for Antarctica or for cruising the tip of South America.

Brazil is often synonymous with Rio de Janeiro - Sugar Loaf, Ipanema, Carnival?  There's much more to the world's fifth largest country.  We encourage a stay in Rio to be the jumping off point for the pristine wildlife destinations of the Amazon rainforest and Pantanal wetlands. 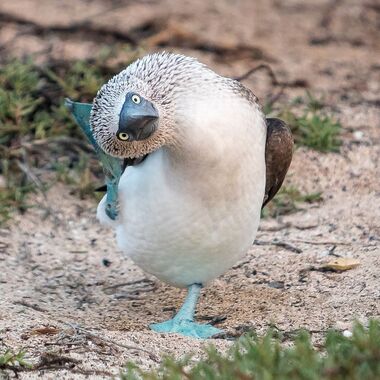 The Galapagos Islands of Ecuador are the gems in South Americas wildlife experiences.  The Galapagos consist of 13 major islands (ranging in area from 5.4 to 1,771 square miles), 6 smaller islands, and scores of islets and rocks straddling the Equator 600 miles west of mainland Ecuador.  Five of the islands have human habitation.  It is possible to stay on one of these islands and take daytrips to one or two nearby islands.  However, to truly experience the best of the Galapagos requires a live-aboard vessel cruising amongst the islands.  Each island has its own topography and unique wildlife which is what contributed to English naturalist Charles Darwin's groundbreaking theories on natural selection presented in his On the Origin of Species (1859).  Inter-Island cruises are available for 3-nights, 4-nights, 5-nights and 7-nights on vessels ranging from four to hundreds of passengers.  Most highly recommended are 7-nights on vessels carrying 12-20+ passengers.  Daily activities include guided nature walks wandering amidst wildlife with no fear of mankind and snorkeling, often with seals and penguins.  The Galapagos is one of the few places where experienced scuba divers can encounter hammerhead sharks.  The Galapagos should be on every nature lover's bucket list. 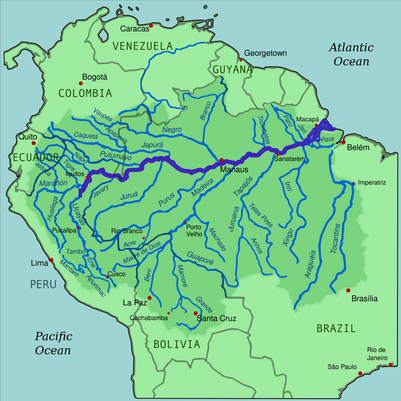 By Kmusser
The Amazon River is the greatest river of South America and the largest drainage system in the world in terms of the volume of its flow and the area of its basin. The total length of the river — as measured from the headwaters of the Ucayali-Apurimac river system in southern Peru — is at least 4,000 miles, which makes it slightly shorter than the Nile River but still the equivalent of the distance from New York City to Rome.  Home to indigenous people and countless animal and plant species with countless more yet to be discovered.  The Amazon can be accessed from Brazil, Ecuador and Peru.  Excursions into the Brazilian Amazon typically originate in Manaus where travellers can board a vessel to cruise upstream on the Amazon River or be transported to a jungle lodge upstream along the Amazon.  Logistically, the Amazon rainforest is more easily accessible from either Ecuador or Peru, however, note that some of these jungle river cruises and jungle lodges may be situated on tributaries feeding into the Amazon River rather than on the Amazon River itself. 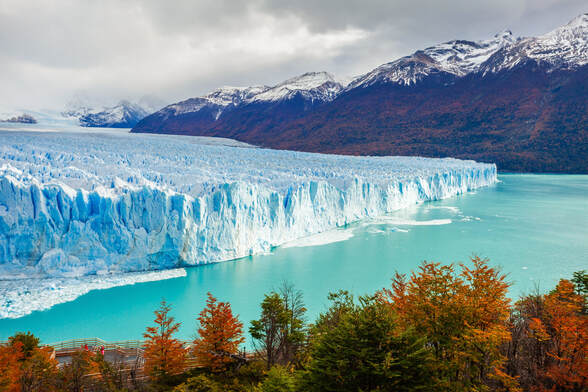 Patagonia is a sparsely populated region encompassing the southern portion of South America, shared by Argentina and Chile.  The region comprises the southern section of the Andes Mountain Range with lakes, fjords, and glaciers in the west and deserts, steppes, and glaciers to the east.  Wildlife sightings include armadillos, guanacos and pumas.  Tierra del Fuego is the archipelago at the southern extremity of South America connecting the Atlantic and Pacific via the Strait of Magellan, the Beagle Channel, and the Drake Passage to the south.  The northern section of Patagonia contains the Lake District between Argentina and Chile.  The Valdés Peninsula, located on the Atlantic coast of Argentine Patagonia, was designated a UNESCO World Heritage site in 1999 whose waters are home to numerous marine mammals such as whales, elephant seals and sea lions.  The rugged southern section boasts Los Glaciares National Park in Argentina and Torre del Paine National Park in Chile.  The coast of Chilean Patagonia can be explored by a 100 passenger expedition vessel.  The Tierra del Fuego region which is home to penguin and sea lion colonies is accessible on small 200 passenger ocean cruise ships. 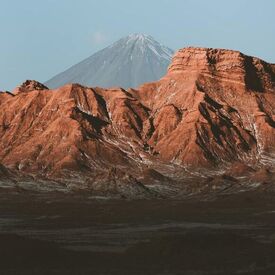 Chile's ​Atacama Desert, the driest nonpolar desert on Earth, stretches for roughly 600-miles wedged between the Pacific coast and the snow-capped Andes Mountains. The region boasts stunning geologic formations and is the oldest desert on Earth having experienced semiarid conditions for roughly the past 150 million years.  Temperatures in the Atacama are comparatively mild throughout the year with an average temperature of about 63 degrees F.  At 16,570 feet in elevation and with more than 300 cloudless nights per year, the Atacama Desert plateau may be the best place in the world for astronomers.  The Atacama Large Millimeter Array (ALMA), a network of 66 telescopes, and the European Space Observatory's 'Very Large Telescope' focus on faraway stars and the planets birthed around them uncovering some of the universe's most intriguing oddities.  Accommodations are limited ranging from expedition-class to deluxe. 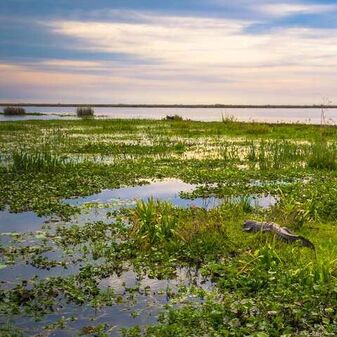 The Pantanal is a natural region encompassing the world's largest tropical wetland area, and the world's largest flooded grasslands.  It is located mostly within south-central Brazil seasonally encompassing 54,000 square miles to 81,000 square miles.  During the summer rainy season (November–March), the rivers overflow their banks and flood the adjacent lowlands, forming shallow lakes and innumerable swamps and marshes and leaving island-like areas of higher ground.  During the drier winter season (April–September), the rivers recede, but the lowlands are only partially drained.  The Pantanal contains a rich assortment of wildlife, consisting of thousands of varieties of butterflies, hundreds of species of fishes, and many mammals and reptiles, including howler and capuchin monkeys, tapirs, capybaras, anacondas and caimans.  The region is also home to a number of endangered or increasingly rare animals, including the jaguar, giant anteater, cobalt-blue hyacinth macaw, marsh deer, and giant otter.  Accommodations are limited and comfortable, but not luxurious. 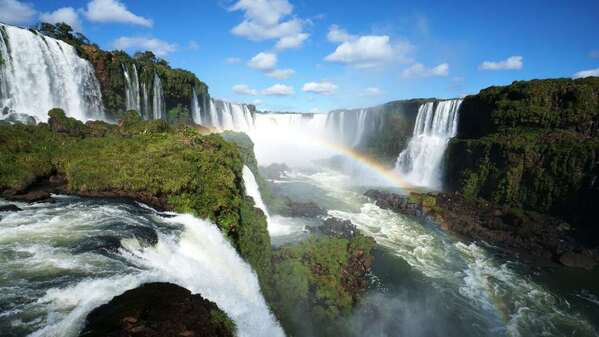 One of the planet's awe-inspiring sights, Iguassu Falls (Argentina)/Iguazu Falls (Brazil) separates the two countries making up the largest waterfall in the world.  At least 275 individual waterfalls cascade from three times the height of Niagara Falls spanning nearly 1.8 miles.  Approximately 80% of the falls reside in Argentina, however, the Brazilian 20% is equally impressive necessitating a visit to both sides (note visas may be required).  Although the Falls can be viewed with a one night stay, an additional day or two may be warranted as the region offers additional activities and sightseeing attractions.  There are good accommodations on either the Argentine or Brazilian side.
Contact us today to start planning
60 SECOND GEOGRAPHY - SOUTH AMERICA
60 SECOND GEOGRAPHY - CENTRAL AMERICA